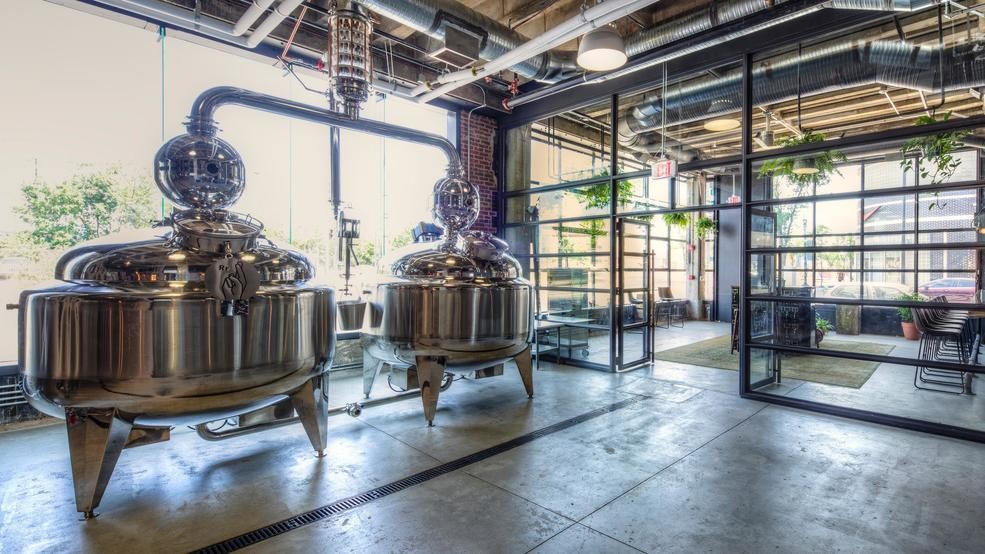 The Ivy Room will host a Women's March After Party from 2-7 p.m. with a percentage of proceeds being donated directly to the Women's March. (Image: Courtesy Republic Restoratives)
SEE MORE

Where to score deals during Women's March on Washington 2019

I honestly cannot believe that D.C. is gearing up to host the third annual Women's March on Washington -- wasn't the inaugural march just yesterday? The official Facebook group has 9,600 people marked as "interested" in attending and approximately 6,200 marked as "going" at the time of publication. That's a lot of hungry, fired-up folks to feed!

"The #WomensWave is coming, and we’re sweeping the world forward with us," declares the event Facebook page.

Several local restaurants and bars are offering freebies/deals to march participants on Saturday, January 19 to commemorate the third annual Women's March on Washington. Others have created special drinks/entrees and will donate a portion of proceeds to the cause.

These two women-owned businesses in Mount Pleasant want to "fuel your fire" by offering free coffee, juice and a Filipino-Spanish breakfast to march participants on Saturday at 9 a.m.

If you want to snag a free coffee a little closer to the march, stop by the newest Gregorys Coffee location (1101 Connecticut Ave. NW) for a free brew. Make sure to rock your Women's March swag to get the deal.

Before the march, hydrate yourself by grabbing a water outside of Marvin's doors (starting at 9 a.m.) and while you're there snag a freebie card to redeem for a complimentary Marvin's Cups (Crown Apple, apple cider, lemon and star anise -- basically Marvin's version of a hot toddy) after the march. The music at Marvin's on Saturday will be entirely by women: DJs M Dot and Reets spin upstairs from 6:30 p.m.-2 a.m., while Sharnice The Singer performs live downstairs from 8 p.m.-11 p.m.

If you're looking to revive yourself after marching, hit up the tasting room of this women-owned/operated distillery. The Ivy Room will host a Women's March After Party from 2-7 p.m. with a percentage of proceeds being donated directly to the Women's March. Enjoy beef and vegan brats served by Baltimore-based mother-daughter duo Sporty Dog Creations and chat with Gabby Giffords' former chief of staff, Pia Carusone, who happens to be the founder of Republic Restoratives.

Crimson at the Pod Hotel

A #WomensWave happy hour menu has been created at all three of the venues at Crimson: Whiskey Bar, The View and Diner. The HH menu will be available from 10 a.m. to 6 p.m. at the Diner and from 5 p.m. to close on Whiskey Bar and The View on Saturday. 25 percent of all proceeds will be donated to the Women's March.

Drink for the cause with LT's $11 "The Future is Female" cocktail created just for the march. This French 75 is made with rose water simple syrup, Bluecoat gin and sparkling wine, and a percentage of the proceeds from the drink will go to Planned Parenthood.

Brixton, Satellite Room, American Ice Company, El Rey, Players Club, Ten Tigers Parlour, Brighton, Gaslight Tavern and Chez Billy Sud will all be discounting the bills of those wearing Women's March swag by 10 percent on Saturday. An additional 10 percent of your bill will be donated directly to the Women's March.