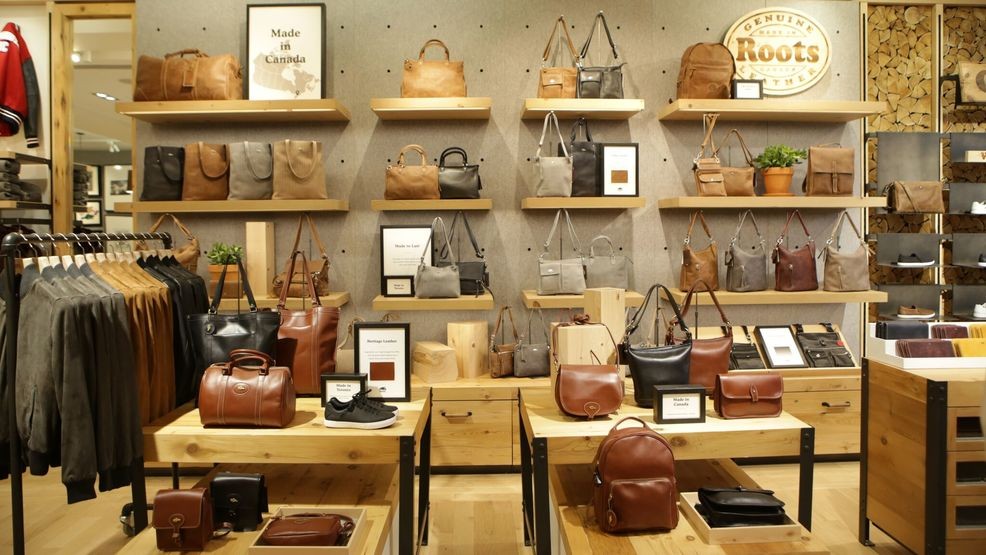 A new brand in outdoor and athleisure fashion has arrived to Washington, D.C. Roots, a Canadian-made clothing and leather company opened its doors yesterday on Georgetown's M Street and today inside the Fashion Centre at Pentagon City.

As you might recall, Roots gained prominence on the international stage as the headwear of choice for Winter Olympic athletes -- think those hard-to-get berets that first appeared during the 2002 Salt Lake City games.

Well, in Canada, Roots is much more than simply a hat. Canadians can spot Roots apparel by its signature beaver logo.

"We have the second highest brand recognition in Canada behind Tim Hortons," says Almira Cuizon, vice president of retail operations at Roots. "Canadians know and love us, and we hope D.C. does too."

Much of the Roots apparel is also made in North America. Shoppers might come here for one of several reasons: comfortable sweats and sweatshirts, leather "award jackets" that have a retro-preppy flair, lived-in cotton t-shirts, pants with rad-plaid design, and onesies made for kids and adults alike.

It's also the place to pick up some of the world's most comfortable "cabin socks," which are made in one-of-a-kind patterns, including a salt-and-pepper design that might make Curious George jealous. For the upscale shopper, leather jackets can be customized and made to order at the Georgetown shop. There's also the Banff Bag, the company's most popular item, which is a handmade-leather "weekender" bag that comes in black or brown and retails for $440.

"Expert hands touched that bag—more than 21 sets of hands in fact," Cuizon says. "We make sure that it's top-notch quality and that every detail is looked after. You don't typically get that level of craftsmanship in a bag."

Shoppers will want to come to the store this weekend for special opening surprises and savings. For the grand opening, the first 50 shoppers were given a free leather change purse along with a 25 percent off coupon. The hope is that Roots clothing, including its Washington, D.C. beaver t-shirts, catches on quickly with customers.

At the opening of the 3,200-square-foot store in Georgetown yesterday, the Roots team was on hand for a special ribbon-cutting ceremony, which included an act of good-will -- a $10,000 donation to local nonprofit, Bright Beginnings.

"We are excited to make ourselves at home here," Jones says.

In the store, look for several unique design elements and touches, like D.C.-themed changing rooms, and an airy, cabin-like feel on the retail floor, built from wood sourced from the Eastern United States.

There are some deep roots to Roots, too. The retailer was established in 1973 by two founders, Michael Budman and Don Green, who hail from Detroit. The brand is headquartered in Toronto and aims to make the U.S. one of its largest consumer markets for outdoors and lifestyle clothing.

"We've been selling in the United States for several years, even decades. Now, we hope to strengthen that presence," Jones says. "It's great to bring Roots to the D.C. market first because we believe the community, culture and ideals of our company are very much in-line with what this city has to offer."