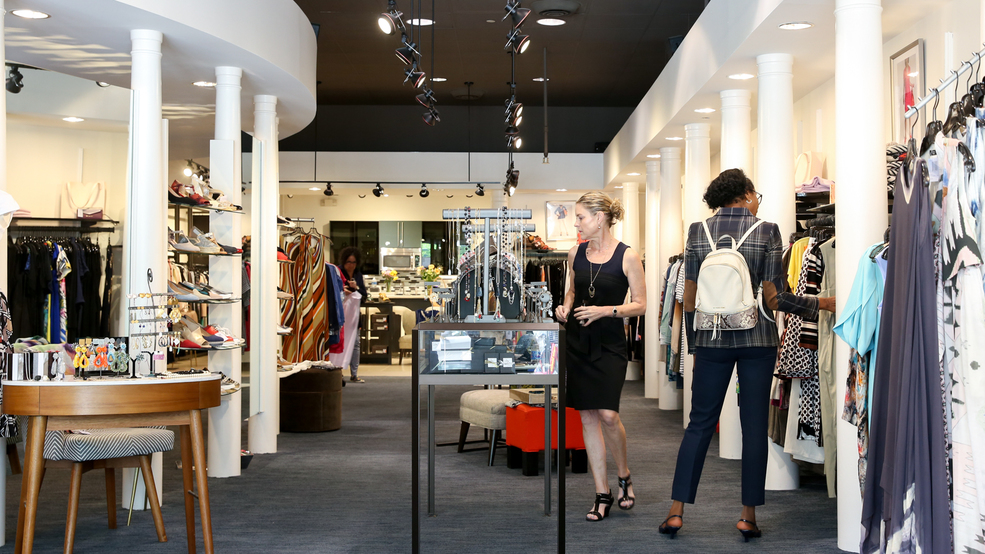 Women-owned boutiques in the DMV worth knowing (part three)

D.C. women have so many options when it comes to retail, and many of the best shops are owned by local female entrepreneurs. To help those who are searching for new and unique fashions, who also want to support local women, we profiled six female-owned boutiques. Read on for the finale of our three-part series. If you missed part one and two, catch up now.

Originally from Pittsburgh, Betsy Fisher fell in love with the small stores in the area, often going into local businesses where people knew her name. With these experiences, she became passionate about entering the fashion world, saying, "This idea that you could be a merchant and part of the community--and voyage and return to it--was really appealing to me."

Now, the art of dressing well never looked better than at Betsy Fisher, a fashion boutique located directly south of Dupont Circle with a broad selection of European, Canadian and American styles. Fisher’s boutique first opened in 1988, only a few doors down from its current location. It relocated six years after opening.

According to Fisher, the goal at the time was to have people around the age of 25 have the same experience as a woman going into Neiman Marcus or Saks Fifth Avenue, but at a price that “made sense” for her. Despite the time that has passed since it first opened, Fisher says the company hasn’t altered much.

"We always focused on what thar customer around here would need, which is great clothes for work," said Fisher. "Lots and lots of women in D.C. go to an office, or are at least professionally engaged, so they need to look sharp and polished. This store has always been about providing sharp and polished clothing to people mostly in their professional lives.”

When it comes to what to expect for the future from Fisher’s store, expect it to remain welcome to those as young as 25.

“I do want to make sure that we stay relevant to young women coming into the workforce," she says, adding that, thankfully, there is a “timelessness” to the styles found at the boutique.

This mother-and-daughter-owned consignment shop started out small. But as the space and variety of items expanded, the prices remained low, while the donations to local organizations only grew.

Since it was founded in 2009, Christina Crawford, co-owner of Chic Envy, says that the goal was to give back to the non-profit Women Giving Back, which supports women and children in crisis by providing high-quality clothing at no cost. Every month, the non-profit picks up donations from unsold items and consignors who choose to donate to them. Over $2 million has been put into the community in the past decade, according to Crawford.

When considering opening her business, Crawford says, “I think we wanted to provide a happy place where people can come, shop and find some good deals, and help them put things together.”

Originally, she couldn’t imagine having over 200 consignors in her shop, but now there are over 5,000 of varying styles. Even amongst the co-owners, their tastes differ with Rhianna Arthers preferring “boho chic” styles like Anthropologie, while Crawford yearns for “rock chic” styles, or as she puts it “classy, but also [with] an edge.” With this range, Crawford says, “I think there’s something in here for everybody.”

“We want to be more than a brick-and-mortar,” says Crawford, who says that the future is bright with hopes for expansion and more events.