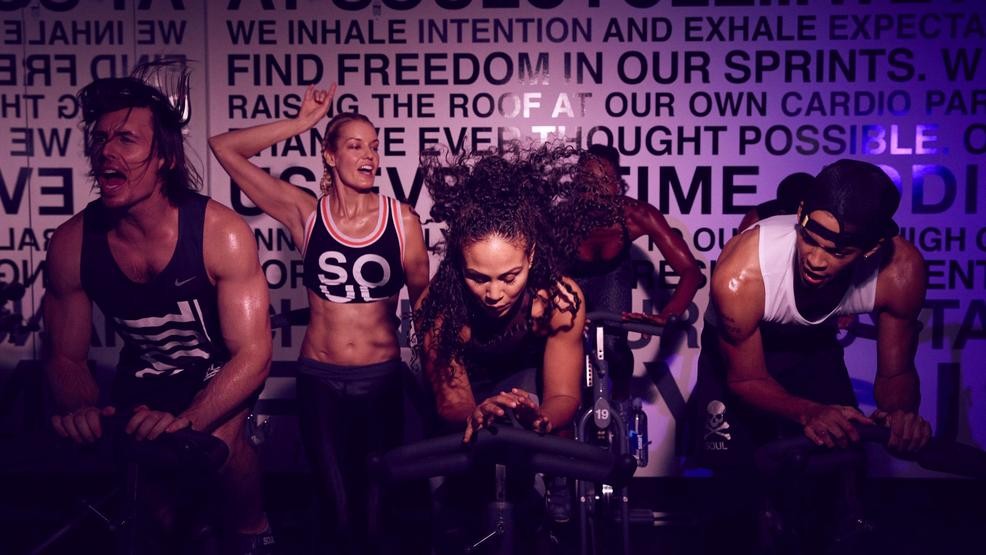 An honest guide to D.C.'s spin classes (from someone that kind of hates working out)

After about two years of living in D.C., I realized that I should probably start working out. Maybe it was constantly shuffling out of the way of impossibly good-looking runners who had barely broken a sweat or the realization that I was recovering from bumps and bruises more slowly as I creep farther away from adolescence. Although I’m not a stranger to the gym, I’ve always dragged my feet to whatever piece of sour-smelling equipment was least likely to damage my knees and most likely to give me thighs like woah.

Spin seemed like a natural fit, but workout classes can be really intimidating for both the inexperienced and those who hate working out. So here’s what you need to know about five D.C. spin classes you can take right now.

I took my first Flywheel class when DC Refined hosted a ride, but I’ve since returned using my personal ClassPass account. The dark lights and thudding music may seem a bit foreboding when you step into class, but the staff is willing and able to help you, regardless of your level of experience.

What makes this place beginner friendly is that the assistants really take the time to adjust your bike in a way that works best for your body – I didn’t feel judged when I had to explain that I’m bad at clipping the riding shoes into the pedals and I needed to have the handlebars lifted to accommodate my chest. The instructors were also encouraging when I came for my first ever cycling class, and they helped me modify my workout when I returned a few months later with a cracked rib.*

Make no mistake, Flywheel isn’t a walk in the park – it’s a strenuous workout, a digital display at the front of the class lets you compare yourself to your fellow riders, and every session is different. Whether you’re an experienced rider or a newbie, the instructors will push you to challenge yourself, making it a good first step into a more serious cycling workout.

It can be frustrating when you walk into any workout and the focus is immediately on weight loss rather than how you feel about yourself in your own body, but Zengo Cycle takes that holistic approach to body positivity to heart. The class I took at their Logan Circle location was entirely about my experience, how I was feeling and what I wanted out of my time on the bicycle, rather than what someone else thinks I should be achieving, which made me want to push myself more. The instructor also patiently explained all of the handlebar positions that are standard in every spin class, but no one else had bothered to explain.

The only drawbacks are that the shoes cost $3 to rent after your first class, the bikes are prone to tipping during intense rides and I found the seats fairly uncomfortable. Still, this is a great studio for when you want to feel good about where you're at right now.

Cyclebar has a lot of high-end amenities, like a well-stocked bathroom, post-workout snacks and happy-hour rides followed by beer. However, what keeps me coming back is the digital displays that gauge my pace and resistance and, at the end of class, tell me how I compare to my sweaty classmates. Although the results can be either demoralizing or encouraging, it's undeniably gratifying to track your progress through the consistently intense and challenging workouts. The competitive environment and intense workouts doesn't mean it's not fun - some Cyclebar locations have #ThrowbackThursday classes, which features music ranging from the Backstreet Boys to Britney Spears.

Another feature is the unusual, but surprisingly great, music every instructor brings to the workout. At Cyclebar NoMa, my usual studio, my class soundtrack has included experimental hip hop, house music and rock n' roll.

ElectionCycle is the least-frilly studio of the bunch, but their classes are welcoming and simple. The instructors are friendly and embrace a 'come as you are' attitude, meaning you can set your own pace. Although that can be good for a self-motivated work out, it may not be ideal for someone who needs the extra push.

ElectionCycle has the lowest price point out of every studio - not only is it on ClassPass, a single class retails for $22. ElectionCycle is also fairly new to the market, meaning they frequently run deals on Groupon. However, ElectionCycle is still finding its footing - the studio can get hot and the bikes don't have a good place to balance their light hand weights. Still, ElectionCycle has a loyal fan base, in part because they serve a diverse clientele, they're the only dedicated spin studio on the H Street Corridor and the mimosas they serve after weekend classes are potent.

SoulCycle has a cult following and their new SoulActivate class, which was launched earlier this month, goes beyond the average spin class with high-intensity interval training and heavier weights. Although the warm up bike ride had me sweating, the interval training required taking breaks between intense bursts of activity - meaning the workout was really difficult when the time came to stand up and pedal furiously. The music was loud and catchy, the instructor yelled affirmations at the class, challenging us to dig deeper. I've never understood why exactly people whoop and cheer in workout classes, but by the end of my class I was hollering with everyone. It was hard, exhilarating and so expertly paced that an hour-long class felt like 15 minutes.

Like many people in these uncertain times, I really want Michelle Obama to take me into her well-toned arms and tell me everything will be okay. It's no secret that the former first lady is a fan of SoulCycle and, after taking a class there, I understand how she got those guns - the hand weights offered during SoulActivate were up to ten pounds, far heavier than what's offered at other studios.

A single class retails for $30.

*I fell out of a tree in New Zealand. Don’t ask.

(Editor's note: All classes at Flywheel, Zengo Cycle, Cyclebar and Election Cycle were taken via ClassPass at the writer's expense, however the SoulCycle class was provided for free.)