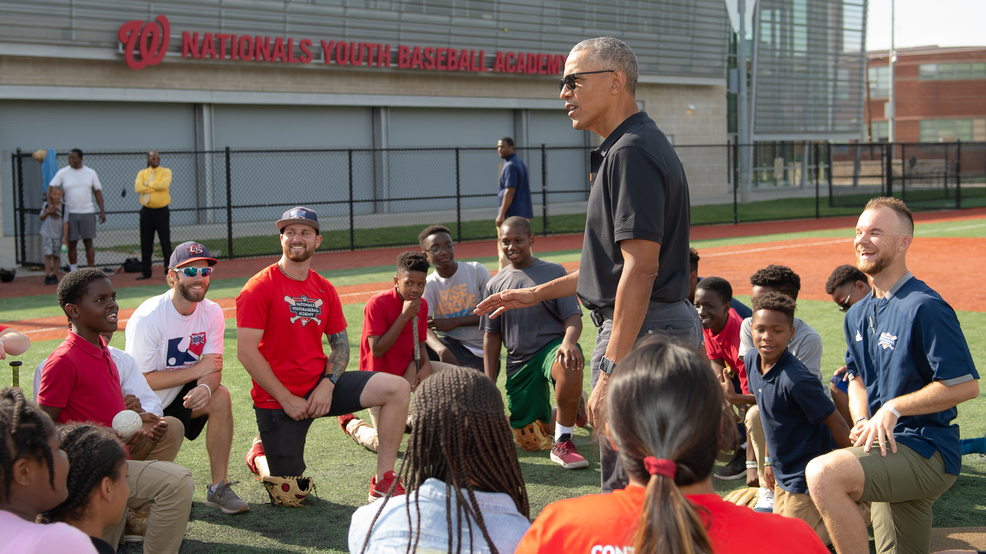 Watch: These kids totally lost it when President Obama showed up to play sports with them

"Obama! It's Barack Obama!," shouted one student as he made a beeline for former President Barack Obama.

The 44th president surprised approximately 100 third-eighth grade students at the Washington Nationals Youth Baseball Academy in Southeast DC on Wednesday. The Scholar-Athletes were celebrating the end of the school year and had no clue the visit from President Obama would be part of their day.

President Obama enjoyed a first-hand look at the after-school programming of the Youth Baseball Academy, including a scrimmage between the HUSTLE baseball and softball programs, field activities for younger students and the weekly farmers' market offering healthy, affordable produce to neighborhood families.

The former president had a pretty stellar sports day as well, as he threw a touchdown pass and hit a double that he definitely could have stretched into a triple.