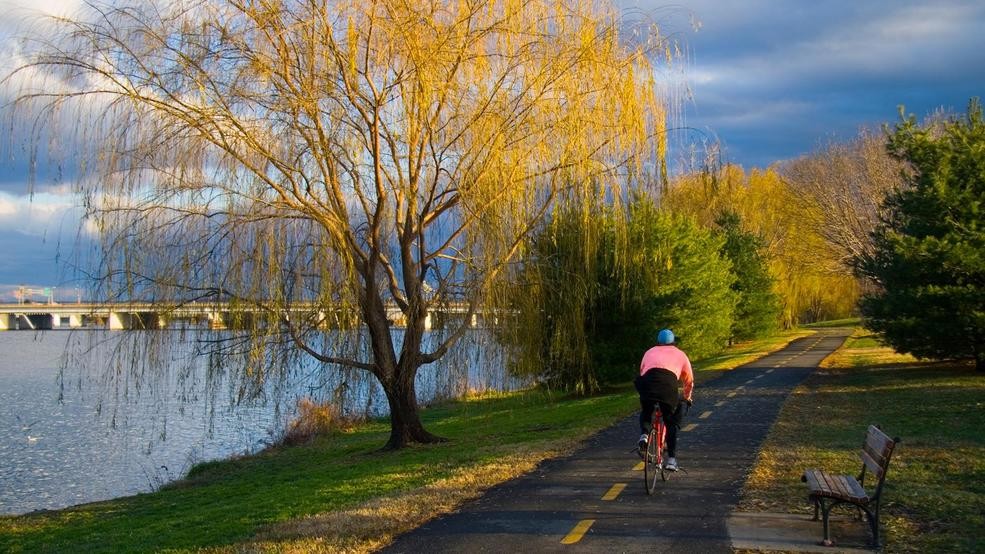 According to Lonely Planet, the Rails-to-Trails Conservancy has announced a cross-country, multi-use trail that will run across 12 states and D.C. and will be called The Great American Rail Trail. (Image: Getty Images)
SEE MORE

4,000-mile trail will take you coast to coast by bike

Calling all you die hard bike fans out there!

According to Lonely Planet, the Rails-to-Trails Conservancy has announced a cross-country, multi-use trail that will run across 12 states and D.C. and will be called The Great American Rail Trail!

Set to begin right here in D.C. the trail will work its way across the states, ending in the other Washington, and will hit several trails along the way such as Capital Crescent, Chesapeake & Ohio Canal National Historical Park, the Panhandle Trail, the Hennepin Canal Parkway, the Casper Rail Trail and Palouse to Cascades State Park Trail.

The idea for this trail began 30 years ago, but the RTC has been taking action over the past 18 months, scouting out and researching 34,000 miles worth of pathways across the U.S.

Right now only about 50 percent of the work is completed but the RTC will have some more information coming in the Spring of 2019, which is really just around the corner (thank God).

Sounds fun but all I can think about is how painful that bike seat would be on the booty after 4,000 miles! Keep your eyes peeled for more info, and visit Rails to Trails Conservancy in the meantime.

Get more info on biking in D.C. here.