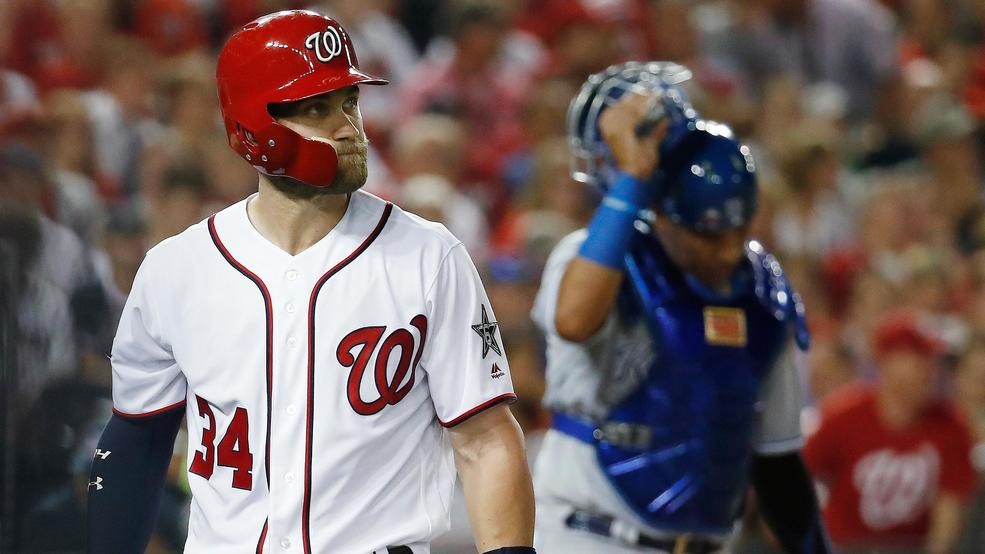 Bryce Harper will not be traded before Tuesday's deadline, according to Washington Nationals president and general manager Mike Rizzo.

In a text message to the Washington Post late Tuesday morning, Rizzo said Harper "is not going anywhere."

The Nationals had reportedly been listening to trade offers for Harper.

Multiple sources were telling media outlets that the baseball superstar, who just won the Home Run Derby at Nationals Park, was available to be traded by the MLB’s trade deadline at 4 p.m. Tuesday. And it appears the Nationals had been shopping him around.

The team is 5.5 games behind the Phillies in the NL East. If the playoffs started Tuesday, the team would not even make a wild-card spot. So is general manager Mike Rizzo planning a fire sale?

Possible new homes for the 25-year-old Harper were considered to be the Indians and Dodgers.

The six-time All Star is not the only free agent on the team. Fan favorites Daniel Murphy and Gio Gonzalez could also potentially be traded.

Harper is owed about $7 million for the remainder of the season and re-signing him in 2019 would come with a hefty price tag.

He is currently tied for second in the NL with 25 home runs.