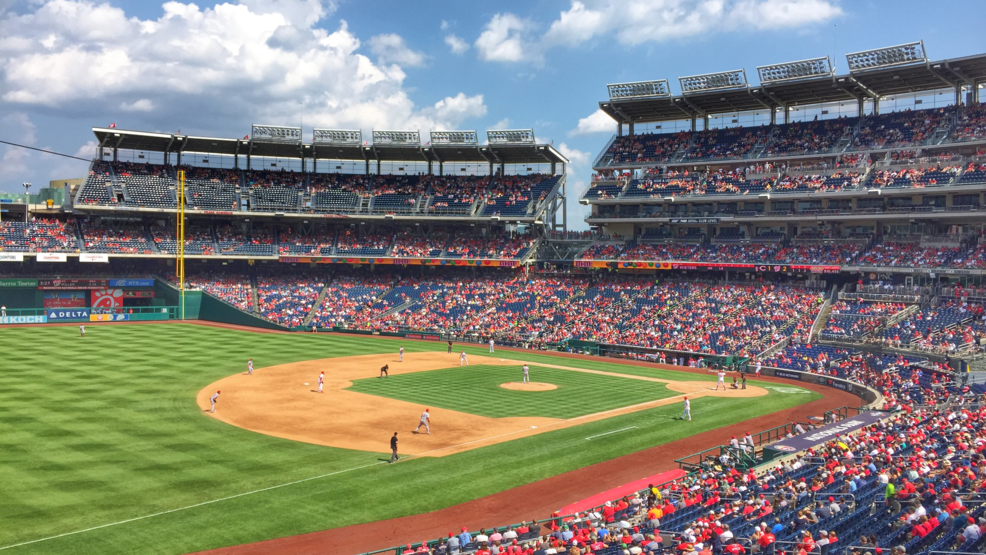 A beautiful day is in store for the Nationals home opener Thursday, but that isn't always the case for Opening Day.

First things first, if you're lucky enough to be heading to Nationals Park, you can expect plenty of sunshine with temperatures in the upper 50s for first pitch and into the low and mid 60s by the end of the game. If you happen to be in the shade, it may be a touch on the cool side with southwest winds around 10 mph.

Taking a look back

Two opening days recorded high temperatures above 80 degrees. The latest was 2010 when the temperature was the warmest since the inaugural season at 83 degrees. The Nationals lost 11-1 that day to the Phillies in a season which featured 91 losses. 2007 reached 82 degrees, also a game which we lost big, that occasion 9-2 to the Marlins.

The past five years have been quite seasonable with temperatures in the mid 50s to mid 70s for highs. Since the inaugural season in 2005, the average high temperature has been 64.8 degrees, which is right in-line with the climate normals of 60-67 degrees between late March and the second week of April.

The wettest day for the opener occurred in 2016 when 0.70" of rain fell in the morning hours. The Nationals won that game 4-3 against the Braves in which both Bryce Harper and Daniel Murphy homered.