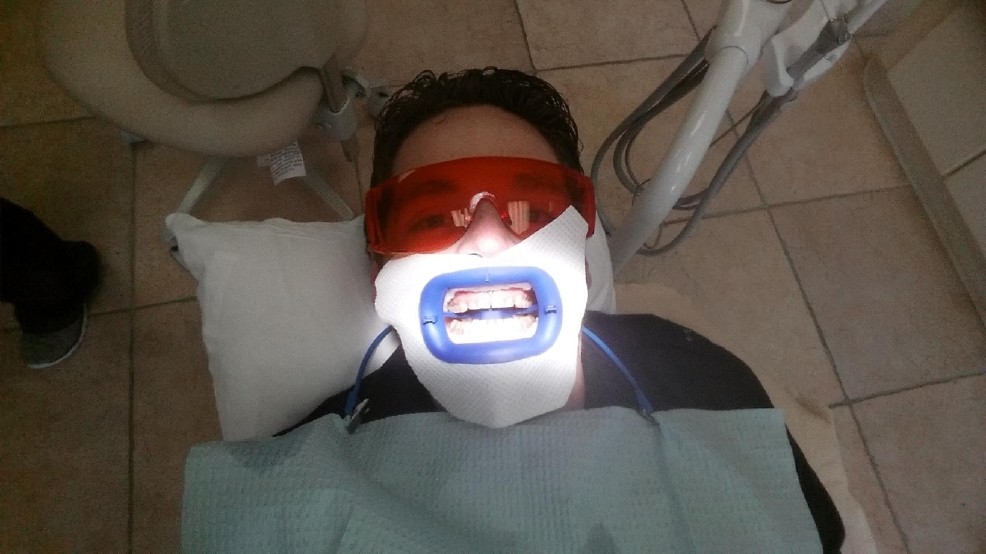 Weight loss surgery ruined my teeth, but for me, it was worth it (Chuck Carroll)
SEE MORE

Weight loss surgery ruined my teeth, but for me, it was worth it

I thought it was a nice picture. My wife and I were wrapped in each other’s arms while enjoying a night out together. It was hard for either of us to contain our enthusiasm, so why fight smiling ear to ear?

Having thrown a proverbial bone to the social media beast we continued to enjoy the rest of the date.

The next day we awoke to find that I had become the target of a low-life cyber bully. Mixed in with dozens of well-wishers and likes was a comment from someone bashing my smile. My wife debated whether or not to even show me the rude remarks.

I was mortified. Then my embarrassment turned to anger. Who was this anonymous jerk to criticize me when they’re spending Friday night trolling people on Facebook from the comfort of their parents’ basement?

Then the realization set in that I could no longer hide my shameful secret — weight loss surgery had ruined my teeth.

When I weighed 420 pounds my teeth were about the only healthy part of me. At one point my dentist even said I could be a tooth model. When you’re that heavy, being told that you can model anything is quite the rush.

In the seven years that have passed since the procedure, my body has been completely transformed. While 99 percent of me became a pillar of health as I lost 265 pounds, my teeth began to rot.

Within a year I noticed my front teeth were beginning to soften and erode. Then my wisdom teeth rotted out and needed to be pulled. Not long after that, my gums began receding and other teeth began to chip.

All of this was occurring even though I hadn’t changed a thing about my dental habits. I was still brushing, flossing and using mouthwash twice-a-day.

I was aware of a mile-long list of potential side effects of the surgery, but nobody mentioned that dental decay was a possibility.

However, the mountain of vitamins and supplements I was taking to offset other potential side effects caused by nutritional deficiencies did little to stop the erosion inside my mouth.

Apparently, this complication is not very well researched. Dr. Alex Naini has been practicing dentistry for more than two decades and never heard of the problem prior to our discussion. It wasn’t long before I discovered internet messages boards flooded with hundreds of similar complaints from patients. Despite the deafening outcry, Naini could only discover a single minor study on the link between weight loss surgery and tooth decay.

Naini says she was shocked by the state of my mouth considering I’m an otherwise healthy 33-year-old man.

“They’re very worn. They’re much shorter than regular teeth would be. Because they’re worn down a lot of the enamel is gone and the dentin is showing, which is the layer underneath. And that’s more yellow,” she told me.

It is clear that the surgery is at the root of the issue. But exactly how the procedure negatively impacts oral health remains murky at best. As of now, there is only speculation.

Unlike many other complications that can arise following gastric bypass surgery, Naini doesn’t believe this was caused by nutrient deficiency. Instead, she hypothesizes that an abundance of acid combined with frequent eating and dry mouth are accelerating the damaging effects of nighttime grinding.

What does the future hold? Hopefully a new smile and restored confidence. But that all comes at a high price of numerous procedures and eventually veneers.

I have been asked whether I would have still chosen to have the surgery if I knew what this would happen. My answer is always a resounding yes.

I can get new teeth, but I can’t come back from what would have surely been an early death.