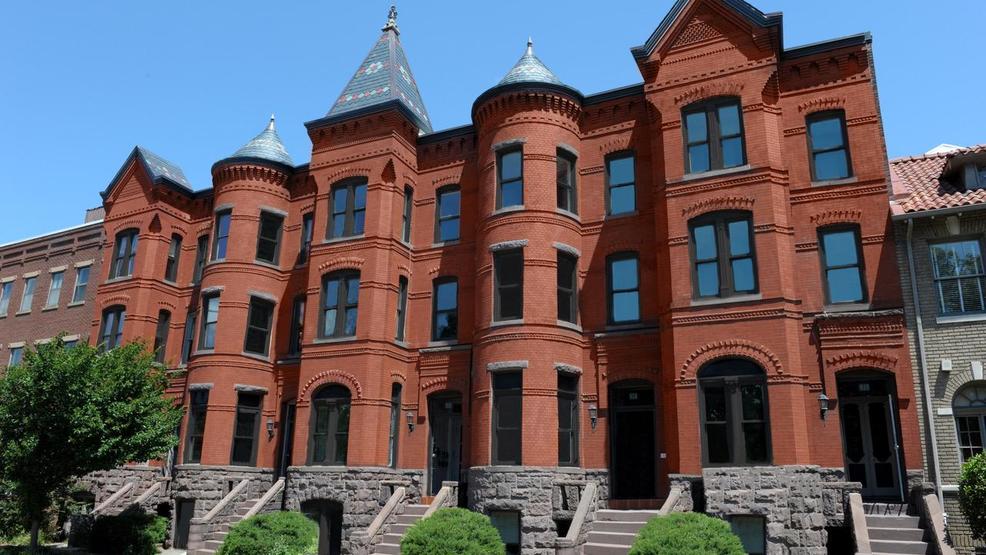 418 C Street NE is the first of five historic Capitol Hill brownstones to be renovated for use as single-family residences or commercial businesses. Each townhome is a five-bedroom/five-and-a-half-bath unit measuring approximately 3,700-square-feet with prices starting at $2,995,000. 418 C Street, however, comes with an additional 1,100-square-foot, two-story carriage house with two full bathrooms, and a price tag of $3,595,000. All five townhomes come with stunning rooftop decks made from Brazilian mahogany wood overlooking Stanton Park. (Image: Courtesy Petra Development)
SEE MORE

Is it a house, is it an office -- you decide! Five Capitol Hill brownstones (418-426 C Street NE) circa 1888 are undergoing renovations to be transformed into modern spaces that are licensed to be used as either single-family residences, or for commercial business purposes.

Curbed DC first reported on the expected renovations back in November 2017, and were told that the project would be ongoing through January 2018. As is the case with most construction projects in D.C., timelines got delayed and Petra Development announced the completion of the first brownstone today. 418 C Street NE is now a 4,800-square-foot, five-bedroom, seven-and-a-half-bath townhome with custom millwork and moldings, historic baluster stairs, historically accurate mahogany entry doors, Italian-imported marble used in the kitchen and bathrooms, a garden level in-law suite with built-in kitchenette and full bathroom and a stunning rooftop deck featuring Brazilian mahogany wood that overlooks Stanton Park.

While the other four townhomes will each be approximately 3,700 square feet, with five bedrooms and five-and-a-half bathrooms, this first townhome comes with an additional 1,100-square-foot, two-story carriage house with two additional full bathrooms. The carriage house was originally used as a horse stable in the late 1800s, and the dual-level layout allows it be used as either a guest house or separate office space.

“We truly believe these five residences offer something the city has never seen, with features and finishes that you simply will not see anywhere else in D.C.,” says Rashid Salem, president of Petra Development, in a press release. “They tell a story dating back well over a century and we are very grateful to have played a role in restoring these magnificent buildings to their original, intended design.”

The remaining four townhomes are expected to be delivered "this spring," according to the press release.