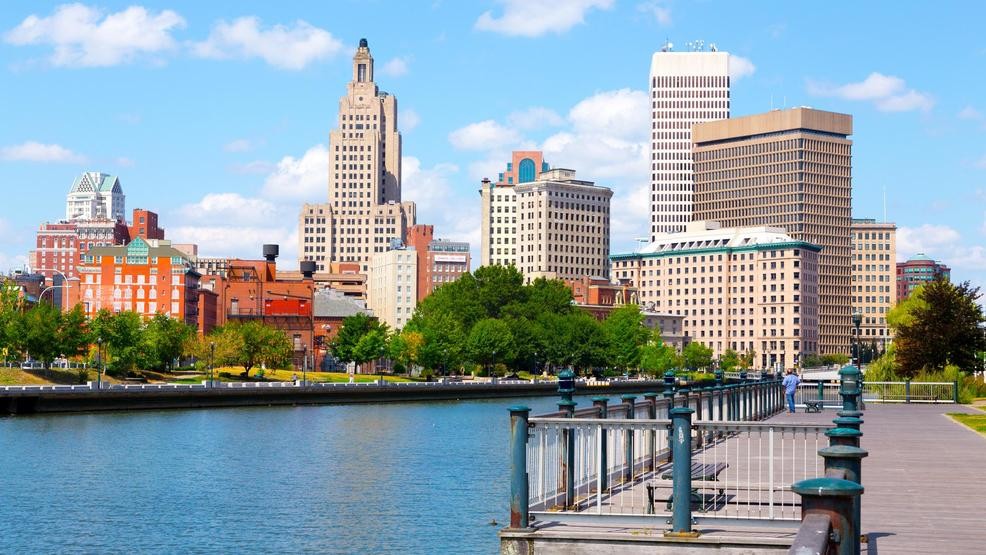 Often overshadowed by nearby Boston, Rhode Island’s capital city of Providence has plenty to offer visitors – and is not afraid to let you know. From unique arts programming to outstanding food, here are five reasons to check out this scenic and friendly city. (Image: N.Millard/GoProvidence.com)
SEE MORE

5 reasons to visit Providence this summer

Often overshadowed by nearby Boston, Rhode Island’s capital city of Providence has plenty to offer visitors – and is not afraid to let you know. From unique arts programming to outstanding food, here are five reasons to check out this scenic and friendly city.

The three rivers that flow through downtown Providence were once dirty, sticky national embarrassments. However, thanks to a massive revitalization of the city begun in the 1990s, they are now a scenic source of pride. Part of what makes the rivers such attractions is a unique public art installation called WaterFire. It was created by the artist, Barnaby Evans, in 1994, and has grown under his continued leadership to include a series of nearly 100 bonfires that appear to float just above the surface of the rivers. When lit at various times throughout the year, the string of fires illuminate nearly two-thirds of a mile of urban public spaces and parks, for residents and visitors to enjoy as they stroll along the riverfront, listening to music and watching performances that are part of each lighting. There are three lightings still on the schedule for this summer, July 28, September 8, and September 22.

With approximately 400 miles of shoreline, Rhode Island's nickname is "The Ocean State.” So it should come as no surprise that the city is filled with fantastic ocean-to-table dining options. And the summer months are a perfect time to experience them – especially if you are lobster fan. They are harvested year-round in New England, however, it is during the warmer months that lobsters are easiest to catch and prices typically drop to the lowest levels of the year. Some of Providence’s top restaurants for lobster and other local seafood options—including calamari, which is Rhode Island’s official state appetizer—are Hemengway’s, Capriccio, and Providence Oyster Bar. Another great option for experiencing the local seafood is to attend the Rhode Island Seafood Festival held annually in Providence the weekend after Labor Day. This year’s festival will be Saturday, September 8, and Sunday, September 9, and include the local purveyors of seafood and other fare along with local beer, wine and spirits producers as well as a full schedule of live music and family-friendly activities.

Considered one of the most influential horror fiction writers of the 20th century, H. P. Lovecraft is a native of Providence and it’s where he spent most of his life. Although there was only slight interest in his work while he was alive, the general appreciation of his writings has grown tremendously along with a strong cult-like admiration among many fans. Housed in the historic Westminster Arcade (the oldest indoor shopping mall in the U.S.), visitors will find the Lovecraft Arts & Sciences store that is open year-round to serves as both “a visitor center for H.P. Lovecraft fans and an emporium of related books, art and curiosities.” Summer visitors this year can also attend the 2nd Biennial H. P. Lovecraft Film Festival, August 17-19. It includes a series of short and feature independent films, special guests, author readings and vendors.

Opened in 1872, the Roger Williams Park Zoo is the country’s third oldest zoo and the first zoo in New England to earn accreditation from the Association of Zoos and Aquariums. Called “New England’s great zoo” by The Boston Globe, it covers 40 acres that are home to more than 160 animals ranging from zebras and red pandas to African elephants and Masai giraffes. There is also the zoo’s Explore & Soar area that offers opportunities to ride a camel and go zip lining. And in Carousel Village, visitors can take a spin on a historic carousel, travel the Carousel Express train, or ride a pony. Some of the zoo’s most popular summer events are Food Truck Friday, held every Friday from 5 p.m. to 8:30 p.m. through September 28, and Brew at the Zoo, Rhode Island's largest outdoor beer festival taking place on Saturday, August 25, and featuring 170 beers from more than 80 local, regional and national brewers along with live music and special animal encounters.

Providence is dubbed “The Creative Capital” for its embrace of creativity in all forms from artists and academics to entrepreneurs and engineers. Summer visitors are able to experience this creative culture in two very exciting ways. RIFF, the Rhode Island International Film Festival, August 7-12, is held statewide with Providence hosting the festival’s opening night screening, gala and all the premiere showings. A qualifying festival for the Academy Awards, it draws upwards of 45,000 annual attendees and shows hundreds of films, including many world and U.S. premieres. In addition, there is FOO FEST, an annual block party fundraiser for Providence’s world-renown arts organization, AS220. Scheduled for Saturday, August 18, the party includes a 12-hour line up of top musical talent including rapper Rah Digga and legendary band Pere Ubu.