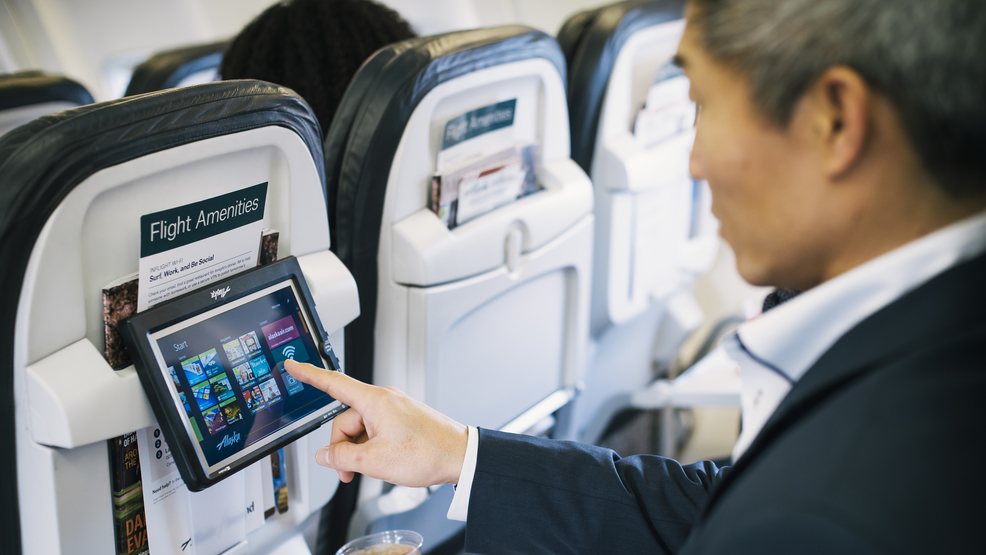 Can you guess which airlines have the best in-flight entertainment?

Have you ever been on a cross-country flight and debated how you’re going to kill the next few hours of your life?

If you’re a planner, you might bring a book or download a few Netflix shows or podcasts to get you through the trip, but for the procrastinators there are always the in-flight entertainment options.

However, not all airlines have the same entertainment options. According to a new report from CableTV.com, a few airlines outshine the rest when it comes to entertainment value.

The report looked at the entertainment options offered by 10 major U.S. airlines, including perks like seat-back consoles, personal device access and the variety and pricing of movies, TV programming, music, games and other entertainment.

Here are the top-three airlines that scored best with routine service to and from Washington's airports: DCA, IAD and BWI.

Last year Alaska Airlines merged with Virgin America, and it resulted in several changes for the airline carrier, including several bonuses for in-flight entertainment, which makes this U.S. carrier the best in its class.

Alaska Airlines’ Beyond Entertainment streams movies and TV shows to your smartphone, tablet or laptop from a library of videos stored on the airplane. There are more than 500 options, including nearly 200 movies. Its airplanes are also equipped with tablet and smartphone holders, plus AC-power and USB-adapter stations. For long-haul flights, there are seat-back consoles with touch screens that offer several additional perks like games and music. And did we mention you can text while on board? That's a huge perk to flying with Alaska: texting is completely free, as long as you’re connected to the airplane's WiFi service.

Unlike Alaska Airlines, Southwest charges for its WiFi services, but one major advantage it has over the top-ranked in-flight entertainment option is its live television channels. On Southwest, using a mobile device, it’s possible to stay up-to-date on the big game, latest news or latest Bravo episode simply by tuning into the app’s 16-broadcast channels. There’s also dozens of free television and movies to watch, plus free games, destination travel guides and iHeartRadio stations that you can tune into and listen as you fly. Another reason Southwest is number two—the airline does not have smartphone or tablet holders or power outlets available at every seat.

Delta loyalists love how its long-haul flights are equipped with USB-charging outlets, headphone jacks and Delta Studio, an in-flight service with seat-back screens offering more than 300 movies, including new releases, as well as television streaming from premium service channels, like HBO and Showtime. Only a few flights have live satellite television service, which puts this in-flight experience slightly below Southwest’s offerings.