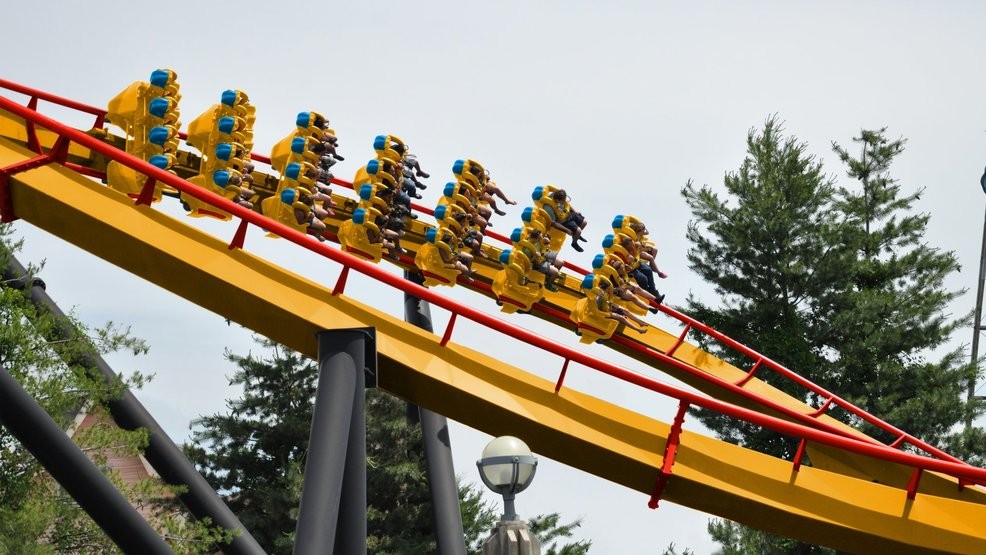 Does the thought of soaring through the air on a floorless roller coaster or being propelled along a twisting river of rushing water get your adrenaline pumping? If so, you’re definitely going to want to check out the new rides and attractions coming to the area’s amusement parks for the 2019 season.

Touted as a “game changer” for area thrill seekers, Six Flag America’s new Firebird is Maryland’s first and only floorless roller coaster. Designed by the world-renowned Swiss manufacturer Bollinger & Mabillard, Firebird’s riders will travel at speeds over 55 mph along a half-mile of track that includes a 9-story drop, multiple high-banked curves, corkscrew rolls, and a figure-eight finale – all while their feet swing freely just above the track.

At Busch Gardens Williamsburg, the Finnegan's Flyer is a new swing-ride located in the park’s Ireland village adjacent the park’s Loch Ness Monster roller coaster. It features two pendulum-like arms, seating 32 riders that fly progressively higher with each swing. As the dueling arms travel back and forth they reach a staggering height of more than 80 feet with a speed of 45 mph – and the airtime is fierce.

Water Country USA is now home to Virginia’s first hybrid water coaster, Cutback Water Coaster (opening May 24). It is the only ProSlide manufactured RocketBLAST coaster on the East Coast and features four-person rafts that speed along an 856 ft. slide, jet through tunnels, and slide onto the wide-open space of massive saucer-shaped features. The steep angles of the saucers provide a drop-and-dive sensation as riders race along the edges.

Reese’s Cupfusion is a new interactive role-playing ride at Hersheypark, where riders are inducted as “agents” to help Commander Cup to protect the source of the chocolate factory’s power source – the Crystal Cup. While traveling in 4-passenger transport cars, riders have special technology that allow them to activate targets to power the factory, stun the mischievous intruders, and work together with fellow agents to unlock extra points.

Kings Dominion made big news last season with the introduction of its wood and steel hybrid coaster Twisted Timbers. This year it is overhauling its entertainment with the launch of Grand Carnivale, an immersive festival that will be held nightly, June 15 through July 7. It will include a parade, complete with dazzling floats, authentic music and mesmerizing street performers dazzles guests as it makes its way through the park and ending at the base of the Eiffel Tower. In addition, Kings Dominion has eight new shows this season ranging from Franklin’s Dance Party busting a move in kid-friendly Planet Snoopy to the acrobatic Gravity: A Cirque Experience that will thrill guests of all ages.

Sesame Street is celebrating its 50th year on television – and there is no better place to join in on the party than at Sesame Place. Located just 45 mins north of Philadelphia, it’s the only amusement park in the U.S. based entirely on the award winning show. The park’s Sesame Street Neighborhood has been updated to reflect the set now seen on Sesame Street, with brand-new storefronts as well as refreshed versions of Hooper’s Store, 123 stoop and Big Bird’s nest. Mr. Snuffleupagus is also making his debut appearance in the Sesame Street Neighborhood, and will be at Abby’s Paradise Theater for meet & greets and photo ops. Other new attractions included the Cookie Monster’s Foodie Truck and Our Street is Sesame Street, a live show featuring Elmo, Abby Cadabby, and Big Bird.