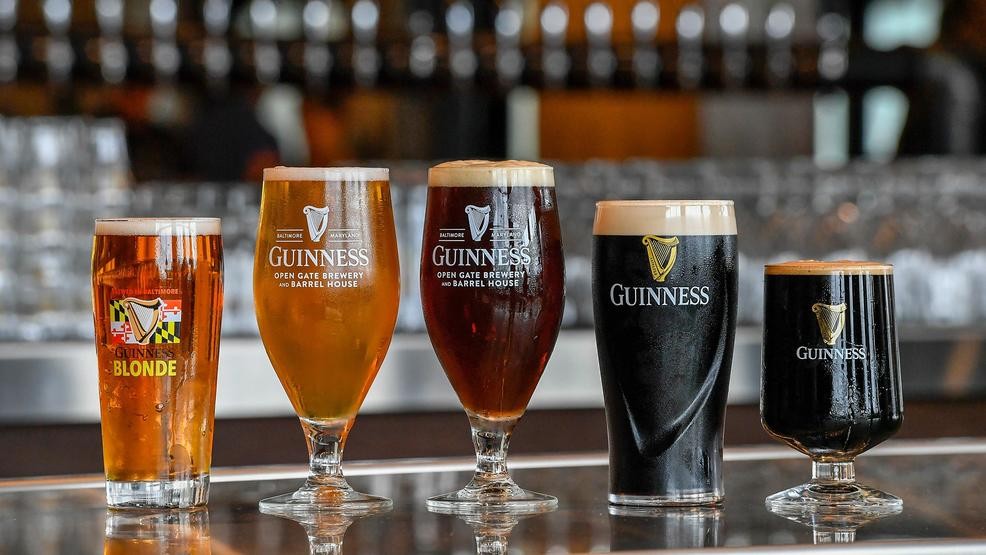 New Guinness brewery is one of many reasons to revisit Baltimore

For Guinness fans, there can be no greater pilgrimage than St. James’s Gate in Dublin, Ireland. But if a trip like that isn’t currently in the cards, there’s now an additional way to get behind the scenes of this iconic longtime brewery—and it just so happens to have opened just south of Baltimore last August. With this chance to peek behind the curtain, a visit to the newly minted Guinness Open Gate Brewer and Barrel House feels like finding a golden ticket and entering the Willy Wonka chocolate factory for a glimpse of the magic.

A former whiskey distillery was converted to encompass three brewhouses tasked with brewing the company’s Guinness Blonde as well as experimental beers. Sign up online ahead of time for the free 60-minute guided tour, and perhaps add on a 30-minute tasting ($15) if you're 21 or older. The lively taproom will help acquaint you with several Guinness beers that are NOT a stout (they are quick to remind you that Guinness is a brewery, not a beer), while offering bar snacks like crab poutine, Irish-inspired nachos, chicken tenders and churros.

Since you’ll likely be drinking, an Uber or Lyft is the safest way to get there. A trip from downtown Baltimore to the brewery ran less than $20 each way on a snowy November day.

When most Washingtonians think of Baltimore, we often visualize strolling along the quaint cobblestone streets of Fell’s Point to do some shopping, ogling the ships and ducking into a tavern for a pint and some crab cakes—or anything laden with Old Bay. Or perhaps you picture the over-the-top extravaganza of the Inner Harbor, filled with tourists, restaurants and such iconic Baltimore institutions as the National Aquarium.

Having done those neighborhoods to death, I was excited to check out the new Hotel Revival, which opened in the Mount Vernon neighborhood this spring in the shadow of the Washington Monument. (Yes, they have one, too—and it happens to pre-date the one in DC!) Like many of the newer boutique hotels, this one is loaded with local art, quirkiness, color and charm.

If you prefer to stick with Fell’s Point, the Sagamore Pendry Hotel is also fairly new—and since it sits on a pier, you're so close to the water that it feels like you’re on a ship. Summer guests will want to build in time to swim in the stunning outdoor pool that overlooks the Patapsco River or hang out in the peaceful courtyard with a sculpture at its center, but winter guests can console themselves by hunkering down in The Cannon Room, which pours whiskey, rye and bourbon cocktails; relaxing in the spa; or hitting the fitness center.

Add this to the very top of your to-do list this winter: a walk through the fascinating and colorful mind of John Waters, the eccentric Baltimore artist and cult filmmaker perhaps best known for directing the original version of “Hairspray.” You can do this by buying a $15 ticket to the Baltimore Museum of Art’s exhibit “John Waters: Indecent Exposure,” which runs through Jan. 6. It’s wild, fun, irreverent and thought-provoking—and reason enough to book a trip to Baltimore right now.

If you’re staying at Hotel Revival, take advantage of the free admission at the nearby Walters Art Museum and surround yourself with richly colored religious paintings, suits of armor and even a stuffed crocodile all housed in a stunning 19th-century mansion. Head back outside and wander the streets lined with 19th-century architecture, ducking into the occasional store like Knits, Soy & Metal for vegan-friendly candles, jewelry, knits and other gifts; Treason Toting Co. for locally made leather bags; and Baby’s on Fire, a café and record store.

And if you really want to see the city in a way you never have before, book a bucket-list helicopter tour with Charm City Helicopters, with these exhilarating excursions starting at $149 per person.

There's no shortage of amazing places to eat in Baltimore, but if we're sticking with the theme of new things to try, check out Ida B's Table for modern soul food, Little Bird Coffee House for breakfast and lunch, or The Bygone, a retro-chic restaurant at the top of the Four Seasons Harbor East that offers breathtaking views of the city. Rye Street Tavern, which famed New York chef Andrew Carmellini opened last fall, is another excellent dining choice. Plan to take a tour of the adjacent rye distillery while you're there.