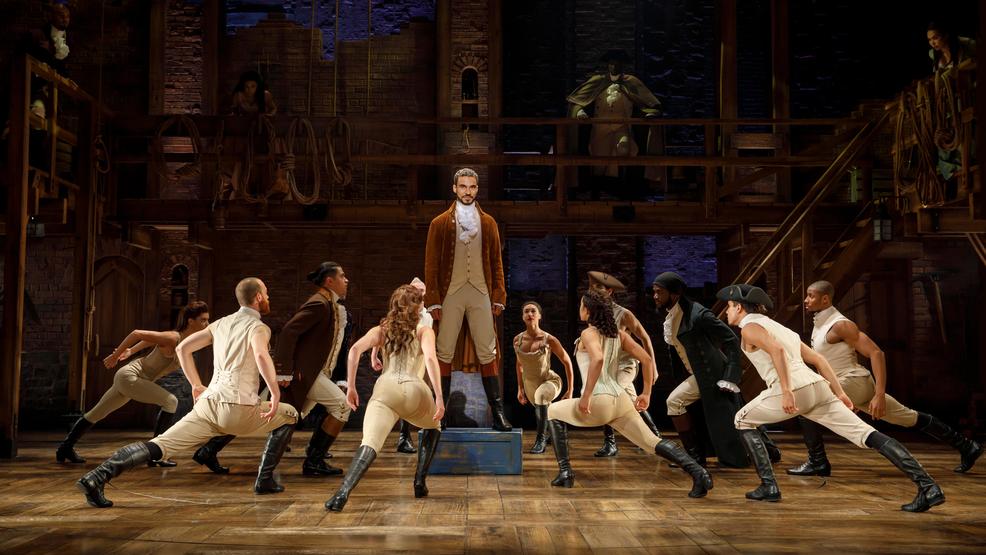 How to plan the ultimate Hamilton-themed staycation

Be honest... are you totally sick of hearing me talk about the wonder that is Hamilton already? Well, suck it up one more time, because today is all about every Hamilton activity you can find in the DMV! When I realized that miracles of all miracles had happened and I'd actually managed to snag Hamilton tickets that didn't cost a month's rent, I started scheming as to how I could truly maximize this experience. A few Google searches later and the Hamilton staycation was born. If you have also scored ticket's to the show of the summer and are looking for ways to celebrate this accomplishment, consider making a weekend out of it and treating yourself to a staycation themed around the nation's first Secretary of the Treasury.

What's a Hamilton-themed staycation without an actual viewing of Hamilton? Whether you are a die-hard musical fan, a history buff or someone who just really likes to keep up with the Joneses, Hamilton is absolutely worth seeing. First and foremost, the score is truly innovative, impressive and beyond catchy. Just try and get "My Shot" out of your head -- you won't! Plus, you get a 165-minute American history refresher, while at the same time realizing that many of the central themes are still being worked out in real time today: i.e. the plight of the immigrant, class division, seizing your moment etc. Honestly, I could write an entire article just on this, but that's another story. I'm not telling you that you should shell out all your Hamiltons for this experience, but if any of the remaining tickets are in your budget -- or you get lucky and win the $10 lottery -- find a way to make it happen!

Book a Night at The Watergate

You've already purchased the pricey tickets, so why not go all out and treat yo'self to a night in a lovely hotel room near the Kennedy Center so that you can eliminate the stress of transportation to the show. I admit I was torn when booking my hotel as to whether I should stay at the Hamilton hotel (I mean, duh) or the Watergate, but the unbeatable convenience of being a stone's throw away from the show put Watergate over the top. Plus, I hadn't fully experienced the hotel since its $200 million renovation in 2016. The hotel is offering a special 15 percent-off the best available rates this summer, along with two complimentary cocktails at check-in, so jump on it. And whatever you do, don't miss out on the divinely plush robes hanging in your bathroom -- I basically lived in mine for our whole stay, minus the Hamilton show!

Take in a Hamilton Exhibit

One of the best parts of a staycation is that you aren't in an unfamiliar place so you don't have to cram in every sight and sound the unfamiliar place is known for. Theoretically, on a staycation you know the town pretty well already. But, there are some huge benefits of playing tourist in your own city for a day, and with several visiting exhibits in town this summer exploring the legacy of Alexander Hamilton, I couldn't resist advocating for a museum visit or two.

I don't want to ruin anything about the show for you, but spoiler alert, there are several pistol duels throughout Hamilton and they don't exactly end well. Pop over to the National Postal Museum to see the original dueling pistols from the infamous 1804 duel between Hamilton and Aaron Burr (Sir). The English-made flintlock smoothbore dueling pistols by Wogdon & Barton are on loan to the museum from JPMorgan Chase & Co through September 16, and it's the first time the pistols have been on public display in D.C. Before you leave, leaf through a few of Hamilton's correspondences during his time as Secretary of the Treasury. The man really did write like he was "running out of time." The full exhibit "Alexander Hamilton: Soldier, Secretary, Icon" is on display through March 3, 2019.

One of the more scandalous elements of Hamilton is his relationship with the Schuyler sisters, and you can see many of his original letters to both his wife Eliza and her sister Angelica in the "Letters to Lyrics" exhibit at the Library of Congress, on display through September 17; if the last letter he wrote to Eliza before his fatal duel doesn't bring a tear to your eye, you have no soul. The Library of Congress holds the world’s largest collection of Hamilton’s papers (12,000 items) from 1777 to 1804, including a letter 12-year-old Hamilton wrote from St. Croix to his friend Edward Stevens, describing his desire to "raise his station" in life. Browse through drafts of his numerous speeches, his proposal on how the federal government should be structured and letters exchanged with his rivals. If you're already familiar with the music from the show, see if you can make the connections between certain letters and the lyrics for “Yorktown (The World Turned Upside Down),” “Helpless,” “Non-Stop” and “Best of Wives and Best of Women.”

The Anderson House, which houses the American Revolution Institute of the Society of the Cincinnati, may not be at the top of every tourist's list on a visit to D.C., making it the perfect staycation destination. Hamilton was the second president general of the Society of the Cincinnati, and sought to make sure that the mission of the Revolution was never forgotten. "Alexander Hamilton's American Revolution" is on display through September 16 explores Hamilton's life as a soldier through manuscripts, rare books, artifacts, and works of art from the Society's collections.

As anyone who has ever nervously tapped their foot waiting for the bill to arrive with less than 30 minutes before curtain's up knows, the most important factor when choosing a pre-theater dining locale is speed of your server and proximity to the theater. Luckily two restaurants within walking distance of the Kennedy Center have created Hamilton-centric menus to both get you in the mood for your show, and get you there on time.

Every Saturday night, the lounge at Bourbon Steak becomes the room where it happens -- it being a carefully curated three-course meal peppered with subtle references to Hamilton. For example, we know that Hamilton was a fan of beef, so why not start your meal with the A3 Wagyu beef tartare, or enjoy any of the three selections from the wood-burning grill? And you must wash your meal down with a "A Ting with a Sting" cocktail, served in a mini barrel mug as a potable nod to Hamilton's Caribbean birthplace of Nevis.

Marcel's by Robert Wiedmaier, known for their efficient pre-theater menus, has also put together a three-course Hamilton-inspired meal. Hamilton's French roots were the inspiration for the "Marjolaine of Hazelnut Dacquoise" dessert and you can toast to your brilliant Hamilton staycation idea with the "First Secretary" cocktail, which of course references his first political role following the Revolution.

Dance the Night Away

Finally, if you aren't completely exhausted yet, venture back to The Watergate and head straight to Kingbird. Every Friday and Saturday night the restaurant is hosting a Hamilton dance party from 9:30 until midnight! Grab a Hamilton cocktail to give yourself a little dance floor liquid courage and get ready to dance off all your indulgent weekend calories. Personally, I'm a fan of the The Angelica (Spicy Tequila, Lime, Cane, P.O.M) but would also be game to try The Eliza (Vodka Lime, Pineapple, Casis Granita).