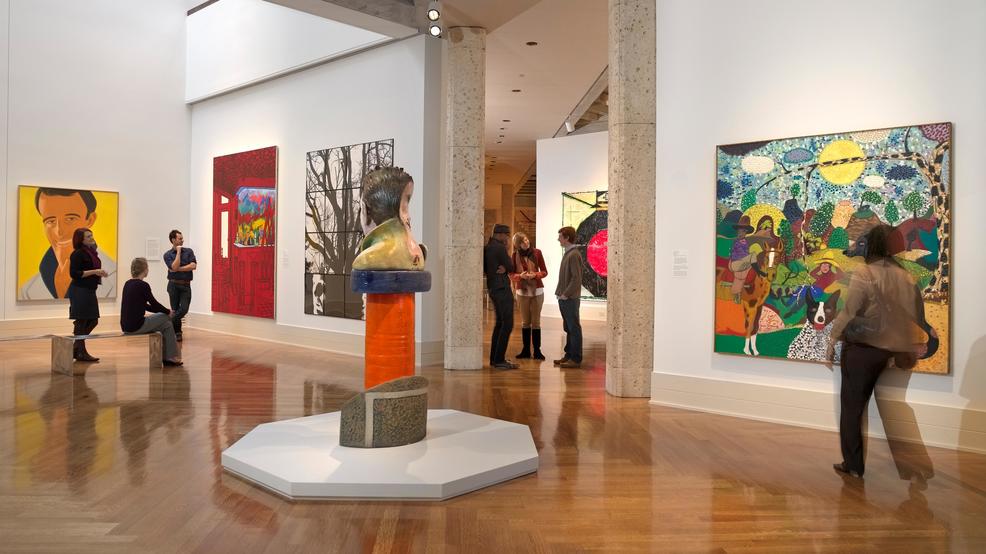 Plan an art-and-culinary-centric getaway to Richmond

Richmond has long been a hotbed for artists with Virginia Commonwealth University’s (VCU) visual, theater and performing arts programs bringing diverse creative talent to the region and fueling a recent renaissance.

RVA’s allure is found in a string of character-filled neighborhoods like Church Hill, with its high above the city views of the James River, the brewery-rich and newly developing Scott’s Addition and the museum district found in Carytown alongside neighborhood butcher shops, vintage clothing stores, clubs and restaurants.

Nowhere is the city’s rebirth more evident than along the revitalized Broad Street Arts District, which is home to VCU’s new Institute of Contemporary Art and dozens of edgy and provocative art galleries, one-of-a-kind shops, gastro-pubs and lounges.

Add the impressive encyclopedic collection at the Virginia Museum of Fine Arts , engaging historic sites and a chef-driven explosion of dining options, and the city on the James delivers the trifecta of cultural, culinary and just plain cool diversions for a long weekend getaway.

Situated in the heart of the hopping Arts District, the Quirk Hotel is an artsy and comfy headquarters for your long weekend exploration of the best the city has to offer. The Quirk piques artistic interest with three galleries on/adjacent to the property, a stellar restaurant with Maple & Pine (the buttermilk fried chicken and kimchi sandwich rocks) and a lively rooftop bar and lobby lounge where kicking back with a Richmond Lager after a long day’s touring is just the ticket.

Belying its relatively small population of about 250,000, Richmond boasts an out-sized number of galleries and artist venues. Nearly 100 locales feature regional and national artists all year-long in this monthly, pedestrian-friendly gallery hop, called First Fridays RVA. Gallery-goers get a sense of the depth and breadth of artistic talent in Richmond, and are often treated to nibbles, wine, beer and cocktails as they rub elbows with creatives discussing new work, their process and what’s happening on the local scene.

Richmond’s love affair with public art is apparent when cruising throughout the city’s neighborhoods as more than 300 commissioned murals are festooned on everything from apartment complexes and commercial establishments to government buildings and hotels.

“While Richmond might be thought of as a city stifled by a complicated past, there is a vibrant creative culture bubbling below the surface that needs air,” says Mickael Broth, Richmond-based muralist, arts advocate, and educator. “In 2012 the RVA Street Art Festival and Richmond Mural Project launched providing platforms for many talented local, regional, and international artists to show their chops.”

Two prime mural venues are former host sites to the RVA Street Art Festival and are exemplary of the quality of artists involved are at Richmond’s Canal Walk, fronting the James River and at Manchester, an abandoned industrial site.

That VMFA flies under the national radar as one of the country’s premier art institutions is a puzzle that is not-so-quietly being overcome with blockbuster exhibitions like the recent Congo Masks: Masterpieces from Central Africa and Awaken: A Tibetan Buddhist Journey Toward Enlightenment. The museum’s permanent collection is vast and also worthy of several visits. VMFA’s most impressive holdings include the largest public collection of Fabergé and Russian decorative arts in an American museum. The museum’s American Art collection houses more than 2,700 objects from the 17th century through mid-20th century and feature works by luminaries such as Thomas Hart Benton, Mary Cassatt, John Singer Sargent, and Alexander Calder. Contemporary art and pop culturists swoon at the collection from Richmond philanthropists, Sydney and Frances Lewis, who donated large-scale works from the likes of Jim Dine, Roy Lichtenstein, Richard Diebenkorn and Sam Gilliam.

Lit-historians and Poe-files alike find a lot to like at the tiny, yet revealing, Poe Museum. Poe lived as a young boy in Richmond with his adoptive family from age three to adulthood after his own mother died from tuberculosis. Found here is the largest known collection of Poe ephemera including the bed he slept in, writings, photos and personal belongings, as well as a research library and full collection of Poe’s writings. The self-guided tour is made even more eerie when accompanied by the two black cats that escort visitors through the home, garden and museum.

West of downtown along the banks of the James River is the Windsor Farms neighborhood. New York Times best-selling author and mystery writer, Patricia Cornwell once lived here and some readers may recall references to the British Tudor-style manse, Agecroft Hall, which serves as the neighborhood’s centerpiece. The home dates back centuries to England, fell into disrepair and was brought to Richmond, brick by brick, in 1925, then reconstructed at the direction of tobacco baron Thomas C. Williams. Williams looked to establish Windsor Farms as a British-style village, with Agecroft as its cornerstone. Today, period pieces fill the home with the expansive gardens providing a glimpse of a once gilded age.

Heritage: This cozy neighborhood spot in Richmond’s Fan District is a place where everybody seems to know everybody. Chatter over the daily specials -- such as a wonderful pounded pork cutlet, crispy, breaded and pan-seared schnitzel style and topped with nicely acidic and sweet braised cabbage -- is the coin of the realm here. The barkeeps know their stuff, as a request for a warming, slightly bitter whisky concoction yielded a perfectly blended Shadow Play: George Dickel rye, Averna, Nocino, turmeric and orange bitters.

L’Opossum: James Beard Award-winning chef David Shannon was expediting on the evening of my visit, directing his culinary comrades through the tiny window separating the kitchen from the dining room at his wildly popular contemporary French restaurant. Shannon’s deft touch is apparent in every detail here from the tongue-in-cheek opossum resting atop the shoulder of a Michelangelo-esque David at the entry to the impeccably trained servers whose intimate menu knowledge allows diners to bank on their recommendations.

ZZQ Texas Craft Barbeque: We know. Texas 'cue outside of the Lone Star State sounds blasphemous. Just trust us on this one though. These guys -- Texan Chris Futlz and his pit mistress Alex Graf -- know barbecue and love feeding the longing fans who line up daily for the brisket, pulled pork, ribs and hot sausage, all perfectly smoked along with some mighty fine sides like jalapeno mac 'n' cheese and blackstrap collards.

Perly’s: Since 1962, this downtown Richmond stalwart has been satisfying cravings for authentic Jewish deli treats like matzo brie, blintzes, lox and bagel sammies, potato knish and the best reuben in the city. A must for breakfast.

Can Can Brasserie: This classy Carytown French bistro and patisserie has a jam-packed, ceiling-soaring bar and serves classic cocktails with flair. Don’t even try to stump the bartenders as they’re ready for anything and will show you a thing or two with their massive listing of digestifs, aperitifs, brandies, absinthes, beers and wines by the glass.