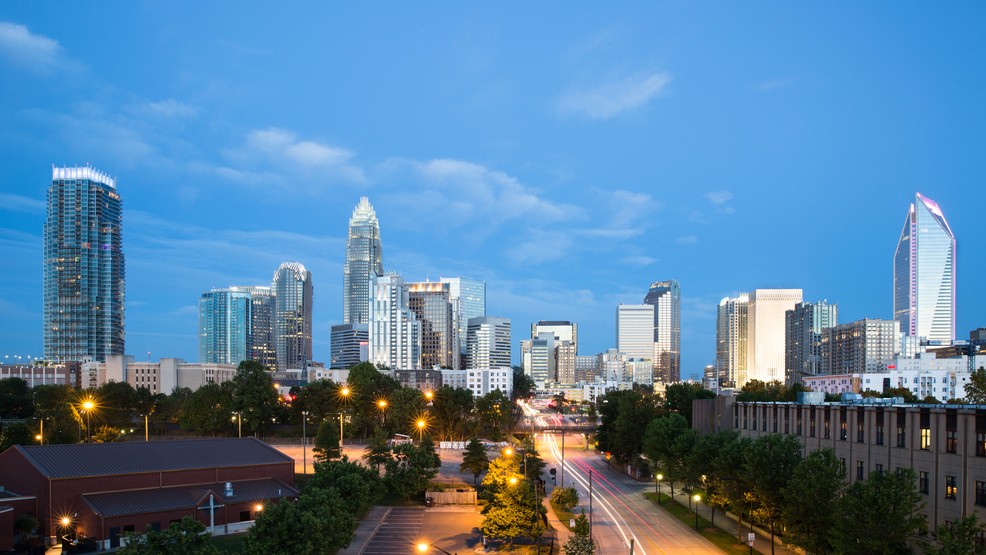 Charlotte, the bluest city in purple North Carolina, is rolling out the red carpet as the official host city for the upcoming Republican National Convention in 2020. (Image: Charlottesgotalot.com)
SEE MORE

The RNC is going to Charlotte in 2020. Here's what convention goers should explore

Charlotte, the bluest city in purple North Carolina, is rolling out the red carpet as the official host city for the upcoming Republican National Convention in 2020.

The Queen City got the nod from the Republican National Committee in July and already preparations are underway for the $100+ million-dollar extravaganza attracting tens of thousands, including many Washingtonians.

While the dates have yet to be set, the RNC will most likely hold the quadrennial party-palooza in the late summer or early fall of 2020, after the Democrat’s fete July 13-16 (city TBD) and the Summer Olympics in Tokyo, which conclude August 9th.

My city will see plenty of party business, platform polishing and a presidential nominee named during the week-long fun-fest. If RNC 2020 is anything like the Democratic National Convention I attended here in 2012, convention-goers are in for a series of non-stop networking, star-gazing, and partying that will leave them both exhausted and exhilarated.

Here’s a preview of prominent meeting, entertainment and party venues; where to eat, drink and stay; and some tips on navigating what will likely be the most security-conscious convention ever.

Visitors to Charlotte’s city center, where downtown is referred to as “uptown,” are struck by its walk-ability and compact footprint.

The New South city is a boom-town, gaining 50 residents a day since the 2008 economic rebound. Uptown has added thousands of residential units since the DNC 2012 convention, bringing considerably more retail, entertainment, and meeting options to the Queen City’s core. Here are some of the prime venues RNC 2020 will occupy:

The Spectrum Center, The home to Michael Jordan’s NBA Charlotte Hornets will be ground zero for most of the convention’s largest gatherings, speeches and the largest party of all, the presidential nomination. The “Hive” hosts 19,000 + for pro games and will add to that with floor seating for the convention.

Charlotte Convention Center is sure to host delegates, media and convention VIPs, is surrounded by thousands of hotel rooms and fronts a major uptown light rail stop, the CCC will see lots of RNC action and VIP parties.

NASCAR Hall of Fame Sharing a huge plaza with the Charlotte Convention Center, the “Hall” showcases NASCAR greats then and now and is one of the QC’s coolest party venues. With capacity to host up to 2400, this joint will jump all week long.

ImaginOn This collaborative mash-up space between Charlotte-Mecklenburg Library and the Children’s Theatre of Charlotte hosted Comedy Central’s the Daily Show in 2012. Look for CC to return or a major cable network, ala FOX, CNN or MSNBC, to set up shop here.

Packard Place DNC 2012 saw Packard Place, then a newly established co-working and community hub, explode with media activity, hosting a huge group of domestic and international bloggers and the PPL a grouping of unaffiliated media. In 2012, Politico turned the cavernous fifth floor here into a clubby lounge complete with hi-tech Coke machines that dispensed 123 flavors of soda, back lit glimmering vodka bars, leather couches, and dozens of plasma TVs.

AvidXchangeMusicFactory The Music Factory is a sprawling complex built for events like the convention. Charlotte Metro Credit Union Amphitheater is one of the city’s prized outdoor concert venues with premium box seats, VIP areas, elevated lawn seating and fantastic acoustics. Fountain Plaza is an outdoor pavilion that hosts concerts and serves as a huge dance floor and mosh pit for giant gatherings. Hip clubs here like the Filmore and VGBG Beer Garden are certain to play host to many private events. Wet Willies is known for their line-up of frozen margarita machines with flavors like Sex on the Beach and Mango Tango. In 2012, the entire Music Factory complex was bought out for a giant media bash where guest-filled-tour buses had police escorts.

The McColl Center for Art & Innovation In 2012, both the National Journal and the Atlantic held digital discussions and cool after-parties at this stunning gothic-revival former Associate Reformed Presbyterian Church turned artist studio at the northern edge of Uptown. Look for the McColl to once again host lavish receptions alongside edgy arty exhibitions.

Charlotte Motor Speedway Charlotte is NASCAR country and many delegates, media types and VIPs will find their way up to the Speedway to experience ride-alongs and/or drive Sprint cars on the track that made Dale Earnhart Jr. famous. Wanna give it a go? The Richard Petty Driving Experience will be happy to take you for a ride.

U.S. National Whitewater Center California delegates hosted a giant party here in 2012. The USNWC is perched alongside the Catawba River and features water-based adventures such as rafting and kayaking in the sophisticated whitewater channel system. Landlubbers hike the trails, cruise ziplines, tackle climbing walls and find spectacular outdoor public space to sit back and marvel at all the roaring H2O flowing about.

Charlotte Aviation Museum Home to the “Miracle on the Hudson” plane captained by “Sully” Sullenberger, the ginormous hangars here offer unique party space including an opportunity to “fly” a flight simulator.

Trump National Golf Course -Tee up alongside the Prez – if you get an invite that is. This schmancy club is just north of the city and will no doubt host loads of RNC bigshots.

Charlotte’s culinary & cocktail scene is taking off, building on what DNC-Convention goers found in 2012. With one of the nation’s premier culinary institutions, Johnson & Wales University, flagship campus here in the QC and some of the country’s most recognized mixologists, brew masters and culinarians calling Charlotte home, no one visiting Charlotte leaves unsatisfied on the foodie front. Here are just a few top tastes:

Mert’s Heart & Soul Southern soul is what Mert’s is all about. This is the real deal with comforting mainstays like mac n cheese, collards, fried chicken and the tallest pies and cakes for miles.

Sea Level NC So serious are these guys about oysters, they worked with coastal Carolina oyster farmers to develop their own proprietary bi-valve. Find it along with more than a dozen daily selections, great chowders and the best lobster rolls in town.

The Punch Room – Clubby and stylish, this “hidden” speakeasy inside a former concierge lounge at Charlotte’s Ritz Carlton, is a tiny oasis of civility serving fine wines by the glass, local beers and hand-crafted cocktails in an elegant setting.

Olde Mecklenburg Brewery One of Charlotte’s oldest – and best – microbreweries, OMG has the largest and best biergarten in town where patrons can tip back favorites like Captain Jack, Copper, Dunkel and Mecklenburger.

The Ballantyne Hotel Away from uptown’s crowds is the Ballantyne in south Charlotte. This luxe property pampers with an upscale spa, fine dining at their Gallery Restaurant, signature golf course and genteel staff.

Visitors need to put the patient pants on while traversing the industrial-strength security presence that will be found at RNC 2020. Tons of fencing comes into the city during these events and in 2012, I found myself taking circuitous detours – often a mile or more on foot – to simply cross the street – No Joke. The city perimeter is set up in zones with tighter security surround the major venues the Spectrum Center, RNC host hotels, and the Convention Center.

There will be plenty of UBER & LYFT drivers, taxis, Charlotte’s light rail – LYNX –and good, but not great, public transport to help.

Regardless of the inconvenience, RNC Charlotte 2020 is gonna be one GREAT party. I can’t wait.